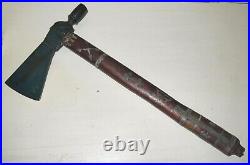 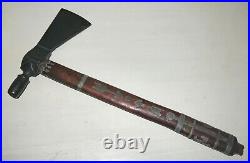 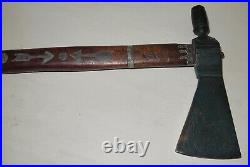 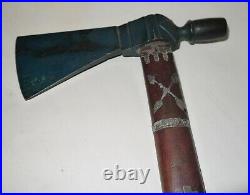 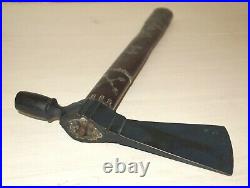 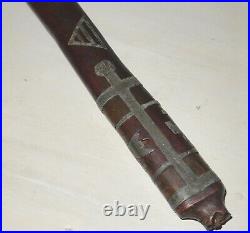 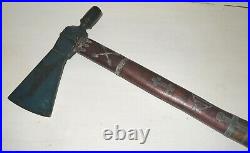 BRASS TRADE PIPE TOMAHAWK, brass head with pipe poll, handle inlaid with pewter, the decoration featuring a Thunderbird, a standing figure, a sun circle, double arrows, double cross, crossed arrows, and geometric designs. It is a rare gem. Don’t miss out on the opportunity to own a beautiful and exceptionally unique piece of American history. 8″ L head, 15 1/4″. Fourth quarter 19th century. Excellent condition overall, pewter inlay with some likely early solder repairs, losses to mouthpiece likely from use. Private collection of Wallace Gusler, Williamsburg, VA. Gusler, This appears to be a commercial example of the type marketed to the Native population. The pewter inlay work was possibly executed by a Native American. The designs in the handle area of the tomahawk show Southwest Indian style – a thunderbird and a standing man, both executed with straight lines and corners, a style derived from weaving. There is also a sun circle at the end of the grip area, moving toward the head on each side. Double arrows, a double cross, and crossed arrows, and other geometric details are between the grip area and the head. In some areas solder repairs have been made, very easy to spot because of their lighter silver color. These appear to have been done during the period of active use. The integral mouthpiece has been broken off and shows good age, showing damage sustained a long time ago. I always provide tracking information for buyers to track their investments. I do my best to pack items expeditiously and with care because I believe prompt and safe deliveries are appreciated. I try to respond promptly to messages so I can and will assist along the way. The item “19th Century Brass Tomahawk with Pewter Inlays Human Figure Thunderbird RARE” is in sale since Friday, October 2, 2020. This item is in the category “Antiques\Ethnographic\Native American”. The seller is “professorrk” and is located in Augusta, Georgia. This item can be shipped worldwide. 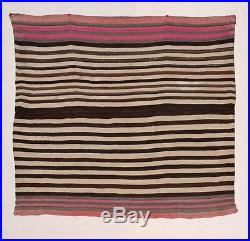 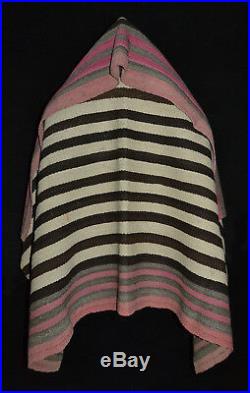 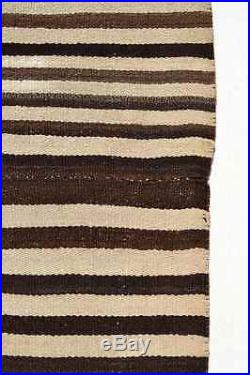 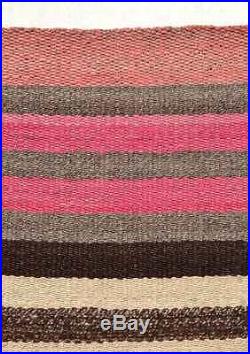 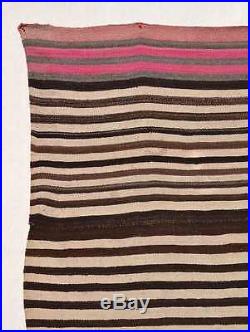 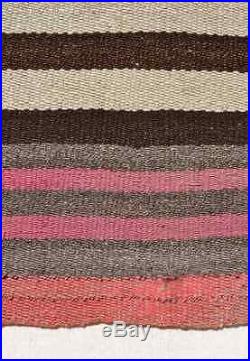 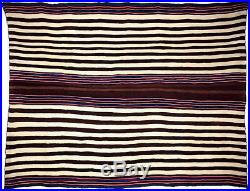