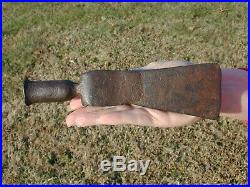 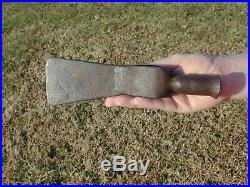 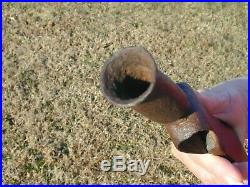 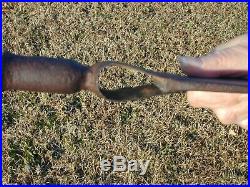 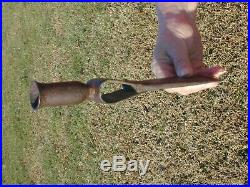 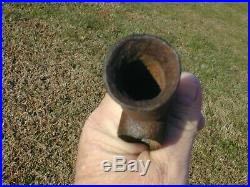 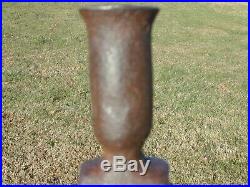 Historically rare early east coast forged Pipe Tomahawk circa 1775 or before. Measures 8 1/4 in length and has an early type of forging. This rare find is one of only a few original pipe tomahawk heads ever found. This item was found in the early 1970’s by Charles Greenman in a junk shop in Long Island, New York. He asked the store owner where it came from and he said a local farmer outside the city brought it in after plowing it up on his farm. Charles eventually gave it to his son Carlos Greenman who still resides in Ojo Caliente Hot Springs in New Mexico. I bought it from Lynn Canterbury in September of this year at a show in Santa Fe, New Mexico. This item was dug decades ago and is truly an American treasure. Belongs in a Museum. Guaranteed all original and authentic. The item “18th Century Native American Indian Pipe Tomahawk Historically Rare Long Island” is in sale since Sunday, November 10, 2019. This item is in the category “Collectibles\Cultures & Ethnicities\Native American\ US\1800-1934\Weapons”. The seller is “gonefishing1930″ and is located in Paola, Kansas. This item can be shipped to United States.